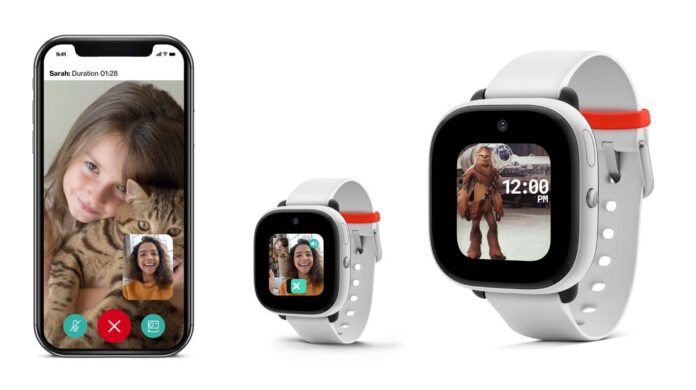 Verizon has unveiled the latest model in its line of cellular-connected smartwatches for children. The Gizmo Watch 3 is a $150 children’s wearable that provides them with basic smart features while also allowing their parents or caregivers to track their whereabouts.

The company’s goal of “providing a safe smartwatch experience for children who aren’t quite ready for a smartphone” is continued with the release of the new Verizon watch for tikes.

The new model includes a front-facing camera that allows children to take photos, make video calls, and record messages with approved contacts. (Although smartwatch cameras can generate privacy alarms, I see their utility for children who do not already have a smartphone camera.)

The new model also allows parents to add more safe zones, which are designated areas where children cannot leave without the watch alerting their parents. The new model also doubles the number of trusted contacts that parents can create, from ten to twenty.

The Qualcomm Snapdragon Wear 4100 platform is used in the Gizmo Watch 3. Verizon claims that the chip allows it to add 80% more talk time and 20% more standby time than its predecessor.

For the first time, it also includes Bluetooth, allowing kids to pair the wearable with wireless earbuds or headphones. It also has new watch faces (including seasonal and time-of-day variations) and three new games: Tic Tac Toe, Gizmo Says, and Puzzle.

The Verizon Gizmo Watch 3 will be available in Blue Clay and Mint on Thursday. Of course, if you don’t want to pay the full $150 upfront, qualified customers can spread it out over 36 months. For a limited time, it’s also running a promotion in which buying one gets you $100 off a second.