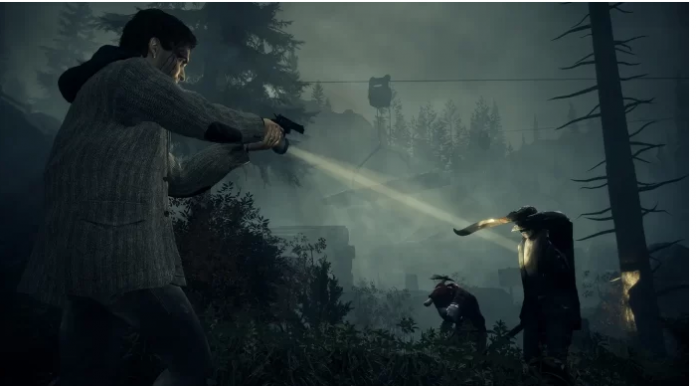 Alan Wake returns on October 5th, and you’ll be able to assist him in finding his wife in 4K. Remedy Entertainment announced a few days ago that it will be releasing a remastered version of its beloved story-driven horror title.

It has now released the first trailer for the game’s 4K version, which features enhanced character models and richer environmental details.

It depicts Wake writing a warning not to go out in the dark and to stay in the light, waking up in a nightmare, and searching for his wife in a town where strange things are happening… as if the locals are being possessed by something supernatural.

Each weapon in the game provides different feedback for the DualSense controller’s adaptive trigger, and each episode and mission has its own set of Activity cards.

Remedy Creative Director Sam Lake stated on the PlayStation blog that the team retouched a large number of individual items, not just the cut scenes and the most visible elements in the environment. They improved the game’s props, textures, sound effect files, and user interface art.

The remastered version of Alan Wake includes the base game as well as the expansions The Signal and The Writer, which were originally released as DLCs. It will be released for the first time on the PlayStation, but it will also be available on the Epic Games Store, Xbox Series X/S, and Xbox One.