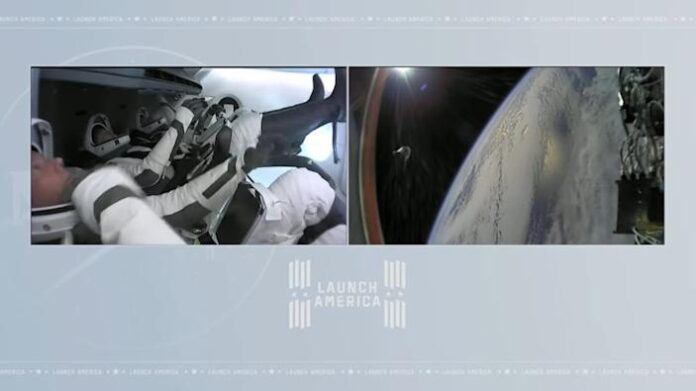 It’s the first to use both a recycled Falcon 9 first stage booster and a flight-proven Dragon capsule. It’s also SpaceX’s first mission (and the first for NASA in 20 years) to use an international crew from three space agencies.

The launch lit up the night sky on a relatively calm and clear early morning at Cape Canaveral Florida. The first and second stage separations, orbital insertion and stage 1 landing on the remote “Of Course I Still Love You” ship all appeared to proceed nominally. “Glad to be back in space for all of us,” said mission lead NASA astronaut, Shane Kimbrough.

The Falcon 9’s first stage was previously used to power the first operational SpaceX mission with four Crew-1 members aboard. Meanwhile, the Crew-2 Dragon Capsule is the same one that flew NASA astronauts Robert Behnken and Douglas Hurley to the ISS for SpaceX’s first-ever manned mission, Demo-2.

The four Crew-2 astronauts are NASA’s Kimbrough and Megan McArthur, along with JAXA’s Akihiko Hoshide and ESA’s Thomas Pesquet. All are space veterans, though it will be McArthur’s first trip to the ISS (she previously flew a shuttle mission to the Hubble Space Telescope). However, she’ll be sitting in the same seat that her husband, Behnken, flew in for Demo-2.

They’ll relieve the four Crew-1 members returning to Earth aboard SpaceX’s Crew-1 Dragon capsule, likely around the end of April 2021. Autonomous docking is scheduled for tomorrow morning at around 5:10 AM EDT.