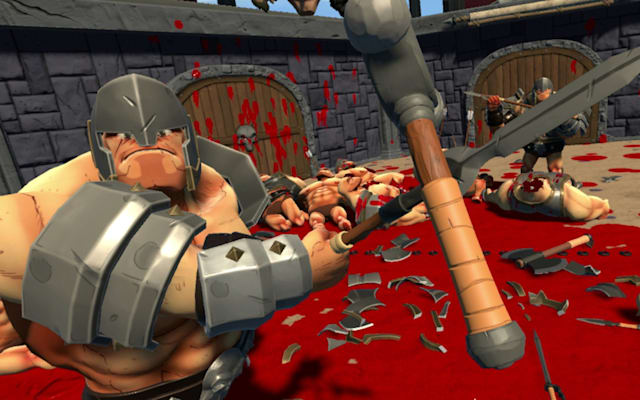 On May 19th, Gorn, one of the PC’s better virtual reality showcases, will make its way to PlayStation VR. If you’re not familiar with the title, it’s a physics-based gladiator game.

Gorn’s engine simulates every object in its arenas, including enemies. This creates a combat system in which you have a lot of control over how fights evolve. You can, for example, pick up a rock to use as a makeshift weapon, or use the body of a dead enemy as a shield against projectiles.

With the right timing, you can also parry weapon blows and even catch an arrow in midflight. It’s a combat system that rewards creativity, often to bloody and amusing results.

“With Gorn, we wanted to make something that could only work in VR, and that took advantage of all its strengths. We wanted to embrace the chaos of a game where everything is simulated and reward the player for testing the limits of the system,” says developer Free Lives, which also worked on Broforce.

Between Gorn, Vader Immortal and the latest release from Harmonix, PlayStation VR owners have several games to look forward to keep them busy while they’re stuck at home. No word on pricing just yet, but on PC Gorn costs $20. 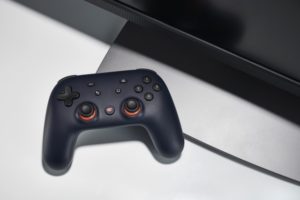 Google Stadia’s wireless controller is finally overcoming some of its early limitations. As of this week, the Stadia Controller no longer needs to be plugged in to your computer to play games on the web. You can leave the USB-C cable behind when you want to fire up Doom Eternal, which may be important if you’re using a laptop with few ports.

The addition just requires linking the gamepad to the service through your WiFi network. It may not sound like the largest addition, but it brings Stadia closer to Google’s original vision of having the same gaming experience across every device. Now, you can switch relatively seamlessly between your TV and PC.